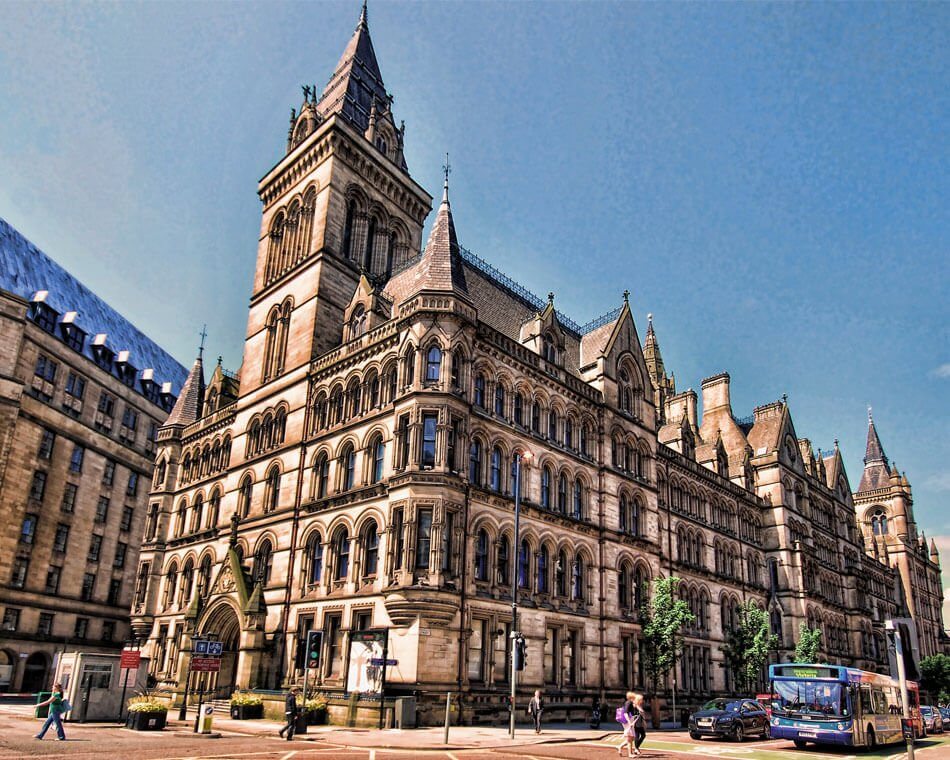 The city of Manchester has a variety of landmarks and historical sites that taxis in Manchester can help you reach. From the spreading of National Trust properties on the doorstep of Manchester to the Industrial Revolution mills, you will have a lot to see. Therefore, if you love exploring old buildings and you are interested in the long history of the city, ensure that the following top landmarks are in your to-do list.

The Grade II listed Edwardian building is a darling of many Mancunians – possibly, for a good reason. After it opened in the year 1906, the stunningly beautiful Victorian Baths were proclaimed “the most excellent municipal bathing institution within the country”. Featuring three large pools in addition to an abundance of stained glass, decorative tiles and mosaic floors, the Victoria Baths have remained to be a landmark today. Also, the building has undergone numerous restorations with the aim of restoring the bathing facilities and Turkish baths. People use it for various fairs, events and sporadic theatrical performances. Taxis in Manchester will help you reach the Landmark.

The 17th-century historical building, The Monastery, has remained to be a spectacular building in the city of Manchester. Previously, it was in the list of the world’s 100 most endangered sites, but with extensive restoration works, the ancient building is now transformed into a place used for various events such as conferences, weddings and fashion shows. Take a taxi in Manchester and visit the site on Sundays. Also, check their website to remain updated on various wellbeing, musical and historical events.

The Salford’s Grade 1 listed Tudor Ordsall Hall is a rich historical site, which falls in the list of most preoccupied buildings in the Greater Manchester. History lovers learn about the prior residents such as artists, Tudor nobles, medieval aristocrats and priests while touring around the building and surrounding fields. Events, exhibitions and the recently restored interiors are among the field trip attractions. You can also get married, take walking tours or spend a few nights on ghost hunts within the hall.

The locals interested in historical buildings will tell you that the building, Manchester Cathedral, is among the oldest but impressive sites within the city. We can trace the building’s history back to the 7th century – the cathedral was established in the year 1847. Even though the building suffered significant damages during the Second World War, it has remained one of the most iconic buildings in the city. You can walk through the Manchester Cathedral and the grounds at any time of the year and discover many interesting architectural features. The Cathedral has been playing host to occasional music performances from contemporary artists and orchestras.

Probably, the Castlefield is the just a reminder of Roman’s beginning in Manchester – General Julius Agricola based his original settlement in the place. The amphitheatre fills with crowds in summer, and outdoor gigs might be a forward-looking addition. Moreover, visitors can identify ruins of a fort that stood there many years ago. And did you know that the first industrial canal and passenger railway originated there? Board a Manchester Taxi to the place. You will discover more.
– Manchester Town Hall
The incredible Victorian Gothic town hall within the Albert Square is among the most significant buildings in Manchester. The enormous, impressive building was launched in the year 1877 – having been designed by the designer of Natural History Museum in London, Alfred Waterhouse. If you take a closer look at the building’s exterior, you will realise that it is a 13th-century gothic style building. The building’s clock face stands 280 feet high. The statue standing in front of the building is of the Roman Governor Agricola, who made the original fort.

The Central Library within St Peters Square is another prominent landmark in the city of Manchester. It is also among the leading libraries outside the city of London. If we placed the library’s shelves end-to-end, they would possibly stretch over a distance of 35 miles. Built in the year 1934, the building is an instantly identifiable landmark in the city. The designer, E. Vincent Harris, won a competition to design the library and based the circular shape on the Rome’s Pantheon.

Posting....
Open chat
Hello, how can we help you